When your car moves without a driver, it suddenly begins to feel like a human and you even start talking to it. Will self-driving vehicles soon become part of everyday life? Will we be hopping into robot cars in the near future?

In May, VTT organised a customer event, where people had a genuine opportunity to find out how it feels to travel in a driverless car. A ‘safety person’ was present during the demo situation, but his only task was to monitor how the robot car behaves and enjoy amazing engineering work. However, humans are still needed to decide on the functionality of the vehicle but it has been pre-programmed as kind of a law book telling the car how to act in each situation. Time has passed since the spring day event; in the intervening period more laws have been inscribed in the book programmed into the cars, Marilyn & Martti. The next milestone was reached on 27th of June, when the silence between the engaged couple ended and the cars began exchanging data on their relative positions and avoiding each other with using the ITS G5 communication channel. Kisses are strictly forbidden, since each one would cost more than EUR 15,000.

The robot cars Marilyn & Martti have provided tangible proof that motoring for future generations could and will be totally different to what we are used to. Young people use information technology, tablets, mobile phones and social media differently to those of us whose first computer was the legendary Commodore 64, acquired mainly for playing games. Cars may be here to stay, but they will be used differently – they are an efficient mode of transport that will be integrated into the transport system by the IT skills of young people, their adventurous spirit, and the availability of the ICT ecosystems. Automation will also allow drivers to become passengers which people are ordering using their mobile apps and IT clouds.

Full automation is still some way off

When driving my first car (a Skoda 120 LS) in 1992, I could not imagine that, just 20 years later, my car might automatically park itself as my current car (a Volkswagen Touran) does. Similarly, in 20–30 years’ time my sons will reminisce about how their dad even drove his car in a city bustling with pedestrians, and had to do his own braking at red lights – making them to wonder how inefficient and unsafe was that era!When I turned 18, it was obvious that I needed a driver’s licence and a car of my own. My sons may not think in the same way, since for them renting or sharing a car will also be an option, as long as they can get around – mobility will trump ownership. They are likely to obtain a driving licence of some kind, but their driving school will probably be different from mine, where the biggest challenges were memorising road signs and remembering to give way at hospital intersection in small city called Forssa. When switching on their car’s automated mode, my sons will probably need to learn how to supervise safety of the automation system and handle status messages of the in-vehicle computer units.

Although I strongly believe that the future of road transport lies in automation, the transport system is unlikely to change overnight. This will occur through normal technical evolution, in which automation is introduced step-by-step one aspect, function and area at a time. Full, 24/7 automation everywhere, in any weather conditions and available for all is still 20–30 years ahead, but that is where development is taking us – I have no doubt about that. It is great to be part of the group that is moving this revolution forward and especially, be in the driver’s seat with my world-class colleagues, the VTT RobotCar Crew. 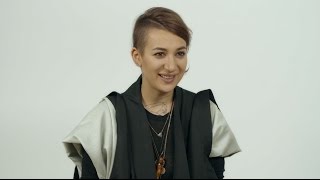 Monika Bielskyte, from ALL FUTURE EVERYTHING 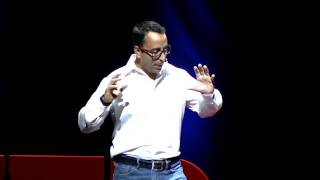 The fourth industrial revolution is in your pocket | Ian Khan | TEDxMississauga 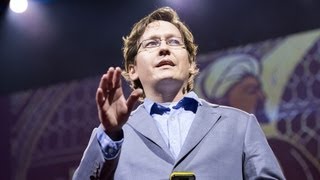 How to monitor data in a business context?

Monika Bielskyte, from ALL FUTURE EVERYTHING

The fourth industrial revolution is in your pocket | Ian Khan | TEDxMississauga

How to monitor data in a business context?